Visiting the birthplaces of Hindu God Lord Rama and Lord Krishna in one tour makes this a memorable tour. We will take you through all the prominent sites associated with Lord Rama's and Lord Krishna's lives on this tour covering Ram Janm Bhoomi, Ayodhya, and Krishna Janm Bhoomi in Mathura.

Ayodhya holds a special place in history as the birthplace of Lord Rama. Ayodhya is located in the North Indian State of Uttar Pradesh. It is one of the most important religious pilgrimage centers in India. Old and ancient, Ayodhya possesses all the characteristics of a city of the old world, as described in the epic Ramayana. The Hindus in India hold a special place in their hearts for Ayodhya since Lord Ram is among the most adored gods in the country.

The historical and spiritual significance of Mathura makes it a worldwide destination of awesome delights. When these illustrious cities are combined in one trip, we have a charismatic tourist circuit. This trip is a once-in-a-lifetime experience as it encompasses various amazing destinations: Ayodhr, Prayagraj, Chitrakoot, Varanasi or Kashi, Agra, Mathura, and Vrindavan.

Hindus consider Mathura to be one of the seven sacred cities of India and the birthplace of Shri Lord Krishna. The place is known as Krishna Janm Bhoomi. Every day, thousands of people visit Dwarikadheesh Temple and Naam Yog Sadhna Temple on Mathura Tour packages. Various Hindu temples can be found in Vrindavan, just 11 km from Mathura. In Vrindavan, Lord Shri Krishna spent much of his youth, which explains its popularity. As part of your Vrindavan tour, you can visit the very famous Banke Bihari Temple, Rang Ji Temple, and ISKCON Temple.

In & around Goverdhan, Gokul, & Barsana, you can discover many more religious places associated with Lord Shri Krishna. What is the significance of Goverdhan hill to Hindus? To protect his people from the deity Indra (a rain god), Lord Shri Krishna lifted the mount Goverdhan. Gopi Radha spent her childhood in Barsana, a small hamlet near Mathura. Sacred places such as these can be visited as part of the golden triangle tour and the Delhi Mathura tour as well. As well as being tailor-made for solo travelers, this trip can also be arranged for groups. A visit to the magnificent Taj Mahal is also a part of this trip.

Upon arrival in Lucknow, you are met and transferred to your pre-booked hotel. After freshening up, go out to do a sightseeing tour of Lucknow visiting Bara Imambara, Chhota Imambara, Rumi Darwaza, Hussainibad picture gallery, Clock Tower, Jama Masjid, and Lucknow Residency. Overnight at Lucknow. Overnight stay at hotel.

After breakfast, drive towards Ayodhya (The birthplace of Lord Rama). On arrival, check-in at your pre-booked hotel. After freshening up, go to see the holy sites associated with Lord Rama’s life including the most significant Rama Janmbhumi - The birthplace of Lord Rama. Later visit Hanuman Garhi temple, Kanak Bhawan and Valmiki Ramayan Bhawan. Also explore other holy sites or temples where Lord Rama spent his childhood, Lakshman Ghat, Kala Ram Temple, and several Jain Shrines. On the banks of the holy river Saryu, witness the holy prayer ceremony in the evening. Having finished your tour of Ayodhya, return to the hotel for an overnight stay.

After breakfast, drive to Pryagraj (formerly known as Allahabad). On arrival, check-in at your pre-booked hotel. After freshening up, proceed to visit Triveni Sangam. In Pryagraj, the Triveni Sangam is a point where three holy rivers meet (the River Ganga, Yamuna, and Saraswati). There are several ways you can perform Puja at Sangam, such as taking a holy dip and making offerings. Continue your visit to other places of religious and historical significance such as Anand Bhawan, the Lying Hanuman Temple, Allahabad Fort, Ashoka Pillar, Akshaya Vat, Patalpuri Temple, Alopshankri Temple, and Ajad Park. After sightseeing, return to the hotel for an overnight stay.

After breakfast, drive to Chitrakoot, which is located in Madhya Pradesh. On arrival, check-in at your pre-booked hotel. After freshening up, visit some holy sites of religious importance in Chitrakoot. According to Hindu Mythology Lord Rama, Sita and Lakshmana spent eleven and half years of their fourteen years of exile. Visit Ramghat, Kamadgiri, Bharat Milap, Janaki Kund, Hanuman dhara, Sati anusayia etc. Gupt Godavari Ramghat, and Spathik Shila. After sightseeing, return to the hotel for an overnight stay.

After breakfast, today drive towards Varanasi. Upon arrival in Varanasi, check-in at your pre-booked hotel. After freshening up, wander down the Ghats of Varanasi, and later in the evening, the witness holy Ganga Aarti on the Dashashwamedh Ghat of the river Ganges.

Get a magnificent view of the sunrise early in the morning by taking a boat ride on the Ganges. Watching the Sun God along the river Ganges is a spiritual and mystical experience. A Boat Ride in Varanasi offers the chance to see some of the most famous Ghats in the city, including Manikarnika Ghat (the largest cremation ground in the world), Dashashwamedh Ghat, Assi Ghat, and more. Once you return to your hotel, you can enjoy breakfast before heading out for a city tour of Varanasi that includes the Heritage temples and the city center. The tour begins with a visit to the Durga temple, the Tulsi Manas temple, the Sankat Mochan temple, and the Bharat Mata temple. Visit the most famous Kashi Vishwanath Tem9 9 ple and other Varanasi temples later in the day. You will have the chance to visit Annapurna Temple as well as Kaal Bhairav Temple.

Spend the afternoon visiting Sarnath. It was at Deer Park (Rishipattana) that Lord Buddha delivered his first sermon in Sarnath. Buddha temples, Dhamekha Stupa, Chaukhandi Stupa, and an archaeological museum are some of the tourist attractions in Sarnath. Return to Hotel for Dinner and Overnight Stay in Varanasi.

Today after breakfast, departure transfer to board flight to Delhi. Upon arrival in Delhi, you are met and drive to Nandgaon to visit Shri Nandbaba Temple and later proceed to Barsana to visit Radhaji Temple. After visiting Barsana, proceed to Goverdhan via visiting Kusum Sarovar. On arrival at Goverdhan, visit the Shri Griraj Ji Maharaj and Radha Khund. Later proceed to Vrindavan. On arrival, check-in at your pre-booked Hotel. After freshen up, proceed to visit Banki Bihari Temple, Rangji Temple, Iskon Temple, and Prem Mandir. Overnight at Hotel. 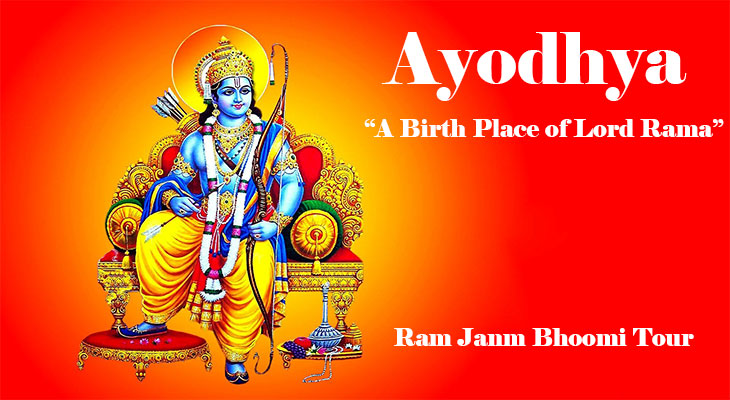